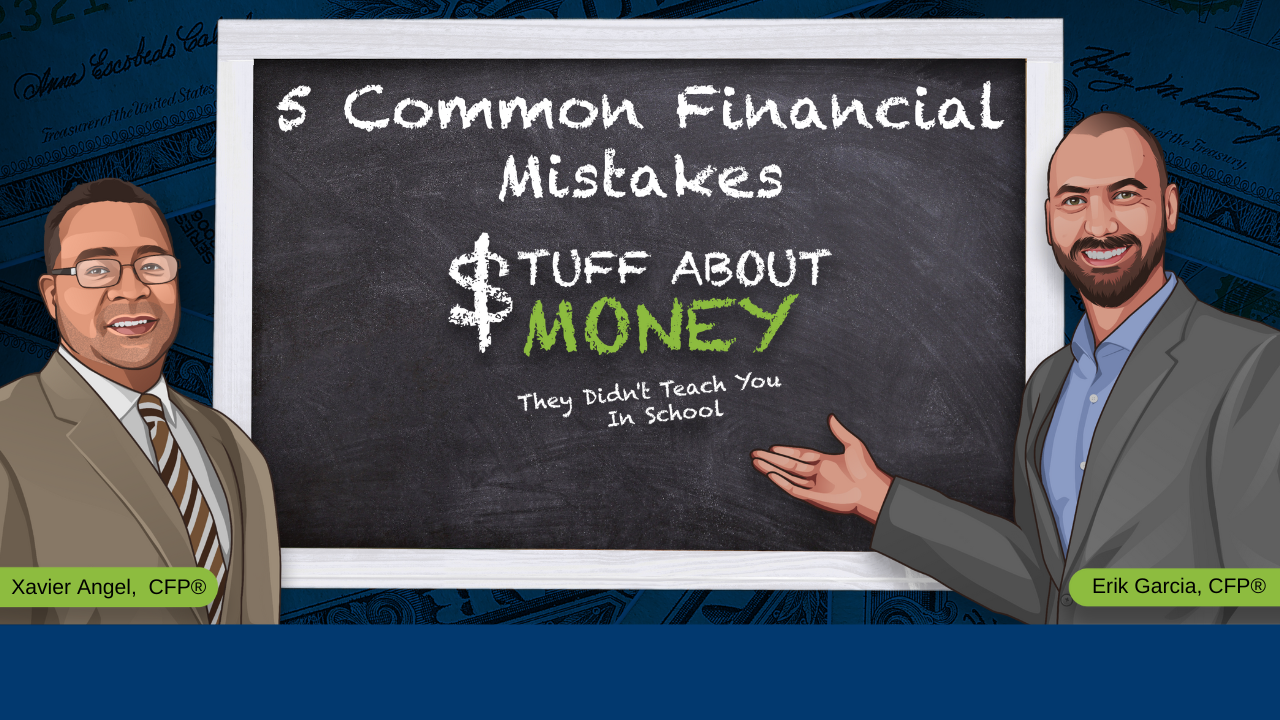 Mistakes are abundant. We’ve all made them! Mistakes with our money, though, might be among the scariest – so it’s worth getting to know some of the most common ones to try to avoid them.

In this latest installment of the Stuff About Money podcast, Erik Garcia, CFP®, BFA, and Xavier Angel, CFP®, ChFC, CLTC, chat about common financial mistakes – some they’ve made themselves! – one of those being forgetting how to count. They also briefly mention Xavier’s tie wearing habit, and Erik’s lack of one.

Next Post: Inflation, Recession, Mid-term Elections and the Market with Kevin Caron